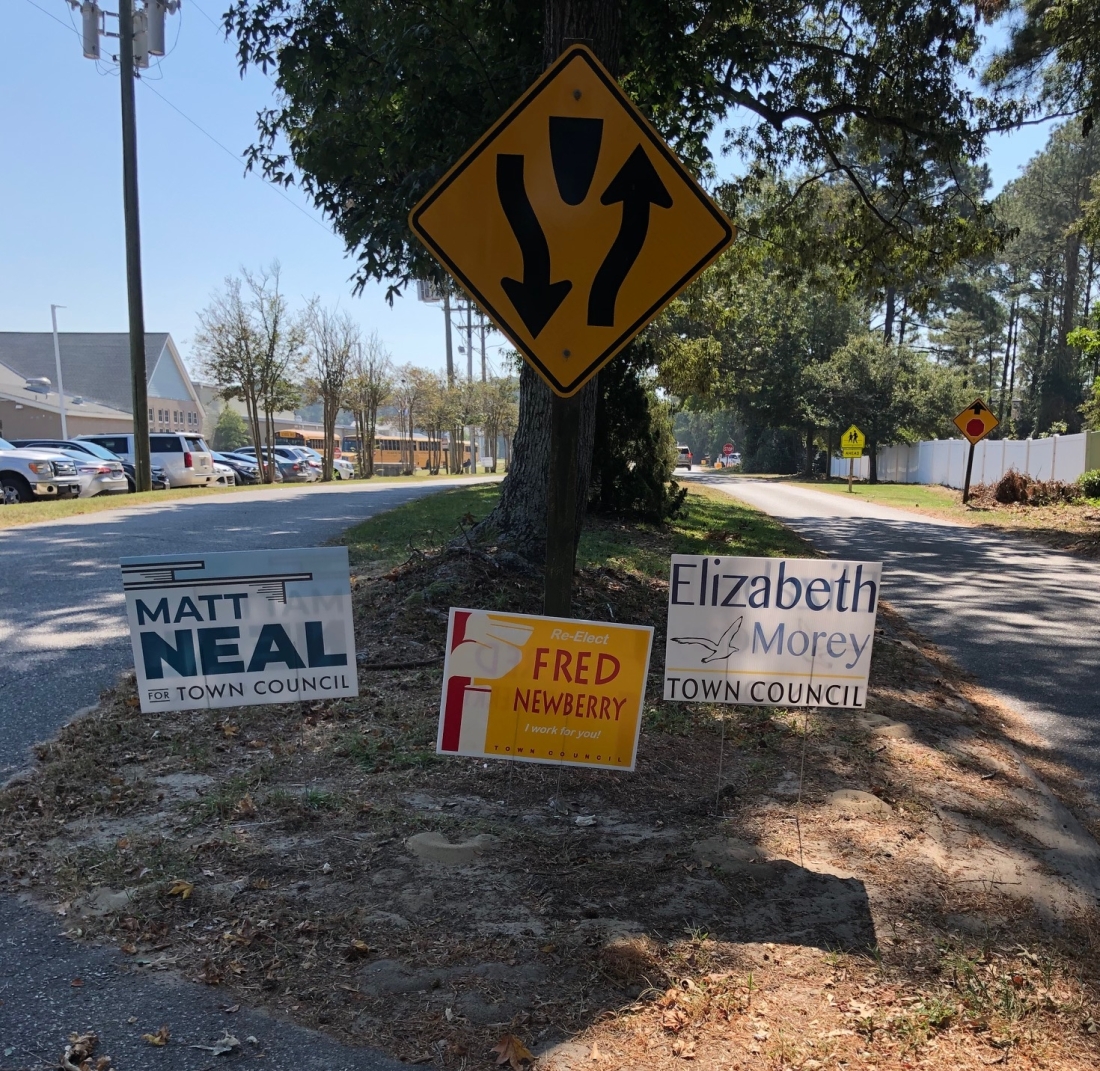 If you disagree with a majority viewpoint on the Town Council, are you being “divisive” when you express your contrary opinion, which is also the opinion of some of your constituents? Are you being “uncivil” when you persist in advocating your position and challenge the majority’s perspective?

Suppose you’re in the Council majority and you work and communicate only with your like-minded colleagues before a meeting, in preparation of a motion on an important policy, are you being divisive? Later, are you being uncivil when you insist upon calling the vote on your prepared motion before the excluded minority-view members of the Council have had time to discuss it?

The question of “divisiveness” and “incivility” among Town Council members came up at the League of Women Voters of Dare County’s candidate forum last Monday, when audience member Lorelei Costa unfortunately described these states as “hallmarks” of “Southern Shores politics” in prefacing a question about Council relations.

What Ms. Costa, who is executive director of the Outer Banks Community Foundation, actually asked of the four candidates for the three open seats on the Town Council was: “How would you work together positively with your fellow [Council members], even those with whom you sometimes disagree?”

Ms. Costa’s question proved to be a nice springboard for candidates Elizabeth Morey, an eight-year member of the Town Planning Board who has been its chairperson since January, and Matt Neal, a local builder who has advised both the Planning Board and the Town Council on zoning issues.

Mr. Neal called “working together” the “key” to the “new Council” and said he didn’t think any of the four candidates would “get into the baring the teeth that we might have become accustomed to.”

Ms. Morey suggested that the Council use the model of cooperative communication that she uses with her fellow Planning Board members: “I call my [colleagues] on the phone regularly and have conversations with them,” she said.

[The Beacon notes that Ms. Morey’s predecessor, the late Glenn Wyder, used such a model, but informed sources have told us that Sam Williams, who was Board chairperson for nine years, didn’t.]

Incumbent Town Councilman Fred Newberry, who has never raised his voice or behaved discourteously in a Council meeting—not that we’ve witnessed in attending the majority of the meetings during the past four years—took to heart Ms. Costa’s apparent allegations of divisiveness and incivility.

“A lot of times we have meetings, and we disagree,” he said, “[but] disagreement to me is not incivility. I think it’s everyone’s right to speak for themselves—freedom of speech—[and to] speak for the people in the community. . . . [T]hey’re bringing their skills and their experience to make good points, although they not always be the popular points.”

Earlier in the forum, Councilman Newberry, who has been in the minority on “a lot of 3-2 votes,” he said, made the point that he often asks questions of majority Town Council members to which he knows the answers, just so the answers will be on the public record.

The majority bloc of Mayor Tom Bennett and Councilmen Jim Conners and Christopher Nason is known to confer behind the scenes, without including Mr. Newberry and Councilman Gary McDonald.

“Just because I didn’t vote with the majority doesn’t mean I’ve been uncivil,” Mr. Newberry said. “It means I’m trying to present a different perspective. I’m coming up with facts that haven’t been discussed before. I think it’s critical that we have that open dialogue.”

Mr. Neal empathized with Mr. Newberry’s position, saying: “It’s tough to have it all out on major issues over a four-hour period in the evening [at a Council meeting], and it’s tough to be in a voting minority sometimes and to feel like the constituents you’re hearing from aren’t being represented.”

He also echoed Ms. Morey’s comments about communication. “Talking to Council members, individually, especially on hot-topic issues before the board meeting, is going to be critical,” Mr. Neal said.

Pursuant to State open-meeting laws, two Council members may talk to each other about Town business without their conversation having to be public, but not three. If three public officials are conferring simultaneously, then there must be an “open” (public) meeting. Email is a murkier area of the law.

Ms. Morey advocated one-on-one phone conversations among Council members that would include all of them.

“It’s not hard” to work together, she said. “You just need to start talking with each other. You need to not make it personal.”

There are “always going to be disagreements” about issues, said candidate Leo Holland, who served on the Town Council from 2013-17, “[but] sometimes it can get personal and that’s where things go astray and uncivil liberty comes up.”

Emails, he observed, “can get pretty vicious,” and people can get “upset.”

Mr. Holland, too, advocated picking up the phone and talking to people.

“I’ve always been a proponent of trying to work with whoever I’m with,” he explained. “You don’t always have to agree, but you know at the end of the day that you can shake hands and still be friends and not ignore each other.”

While the Beacon supports “working together,” we don’t believe that all Town Council members necessarily can be friends with each other, nor should friendship be an objective. Opinions can be sought and respected among elected officials without personal relationships being forged.

We agree with Ms. Morey, who said: “Good decisions are going to come about from leaders who are in communication with each other.” Leaders. Not friends.

We believe that disagreements are inevitable. We don’t live in Mayberry, and we don’t have an amiable, fair, and wise sheriff looking after us and providing leadership. When our Town Council makes decisions, they are bound to cost us many more tax dollars than what the Mayberry folk would pay for a Founders Day statute in Town Square.

While we all agree that we live in a naturally beautiful place, a protected coastal area, one resident’s vision of the Southern Shores he or she loves may not be the vision that another resident has. There are people who roll their eyes when tree preservation is mentioned and others who roll their eyes when they see how many lots in the maritime woods have been clear-cut. Our population is not of one mind.

Growth and development are hot-button issues everywhere in this nation. Change may be inevitable, but not all change is desired by all people.

That we live in tolerance of one another’s opinions, and that some of us, in striving for consensus, accept results that don’t thrill us, is to our credit. We need leaders on the Town Council who believe in the open dialogue that Councilman Newberry espoused and who seek out and respect other people’s viewpoints, rather than simply propounding their own personal agendas. The Town Council oversees a government, not a social club.

The candidates expressed unanimity on the following issues:

HIRING THE NEW TOWN MANAGER: All four office-seekers agreed that the hiring process for the new town manager, which the current Town Council has left to its successor Council, should be open and should be handled by a recruiter/consultant who, as Mr. Newberry said, will “bring the best talent that we can find to fill this position.”

Councilman Newberry spoke of advertising the job locally, regionally, and perhaps even nationally.

Mr. Neal agreed with Mr. Newberry, saying that the Town needs to “see who’s out there.” He also noted that the interim town manager, Wes Haskett, “should be given a shot,” if he’s interested.

Ms. Morey envisioned a consultant receiving and reviewing 75 to 100 applications. She described the town manager as the “face” of Southern Shores and called the position “critical.” Mr. Holland described the job as “challenging” and called filling it a Town priority.

MAINTAINING LOW-DENSITY HOUSING: In response to a question about creating “essential housing” for seasonal workers—affordable apartments, for example—all four candidates said they would not increase the density of development in Southern Shores. Mr. Newberry cited the vision statement in the Town’s land-use plan for the community’s commitment and desire for low-density housing.

Said Mr. Holland: “I don’t believe we need to have more houses here. As a municipality, we need to work with the county” to develop areas outside of Southern Shores. Mr. Neal suggested that the Town take “leadership” and work with the county on finding “locations in other areas,” where the zoning would be appropriate.

Ms. Morey brought up Southern Shores firefighters and police officers who can’t afford to live in town, especially those who are young.

“There are high-density areas [in Town] now,” she noted, that could be used to house either seasonal residents or Town personnel. “We’d have to partner with the community,” she said, to create multiple-unit housing in those areas.

PRESERVING THE TOWN’S ‘AMBIANCE’: Everyone agreed that Southern Shores’ unique ambiance and sense of community should be preserved.

“It’s a beautiful place to live,” said Mr. Neal, who grew up in Southern Shores and describes himself as “third generation.”

Mr. Newberry likes “the small-time atmosphere” in town, but “at the same time,” he said, “we want to be progressive and get modern conveniences.”

Mr. Holland expressed an interest in enhancing the town’s “friendliness,” saying, “We’ve got to talk with each other.”

Perhaps Ms. Morey summed up the feelings of all when she said: “We love this place, and we want it to thrive.”

THE BEACON will return with one more article related to last week’s candidate forum. We would like to address separately a very important issue raised in a question posed by Southern Shores Civic Assn. president Rod McCaughey: that of water, and the problems associated with it, especially stormwater runoff.

After the forum, we spoke in more detail with Mr. McCaughey about the ponds in Town, in particular, about their ownership. What Mr. McCaughey told us may surprise you.

REMEMBER: EARLY VOTING STARTS WEDNESDAY, and runs through Nov. 1, at the Kill Devil Hills Town Hall and at the Dare County Administration Building in Manteo. Weekday hours are 8 a.m. to 5 p.m. Here’s the schedule: https://www.darenc.com/Home/Components/Calendar/Event/49615/357. 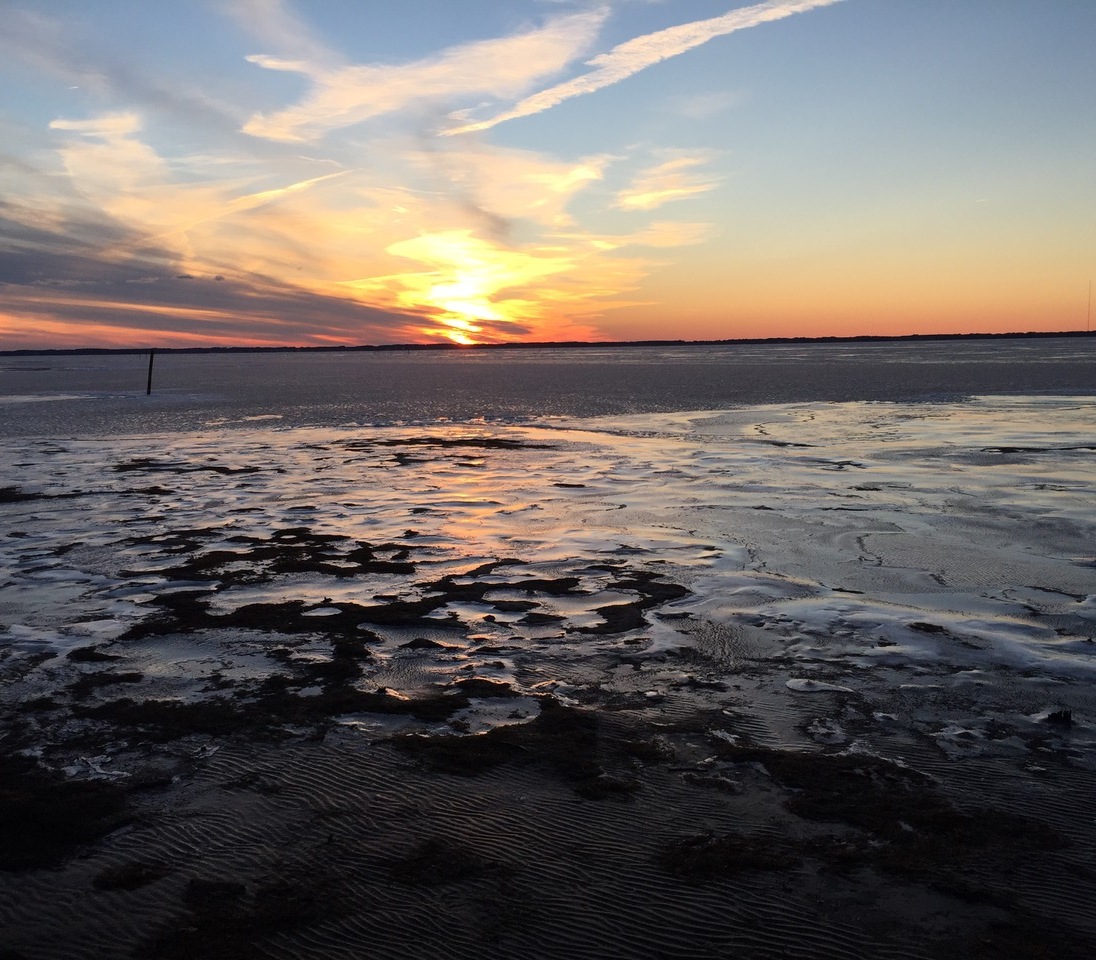