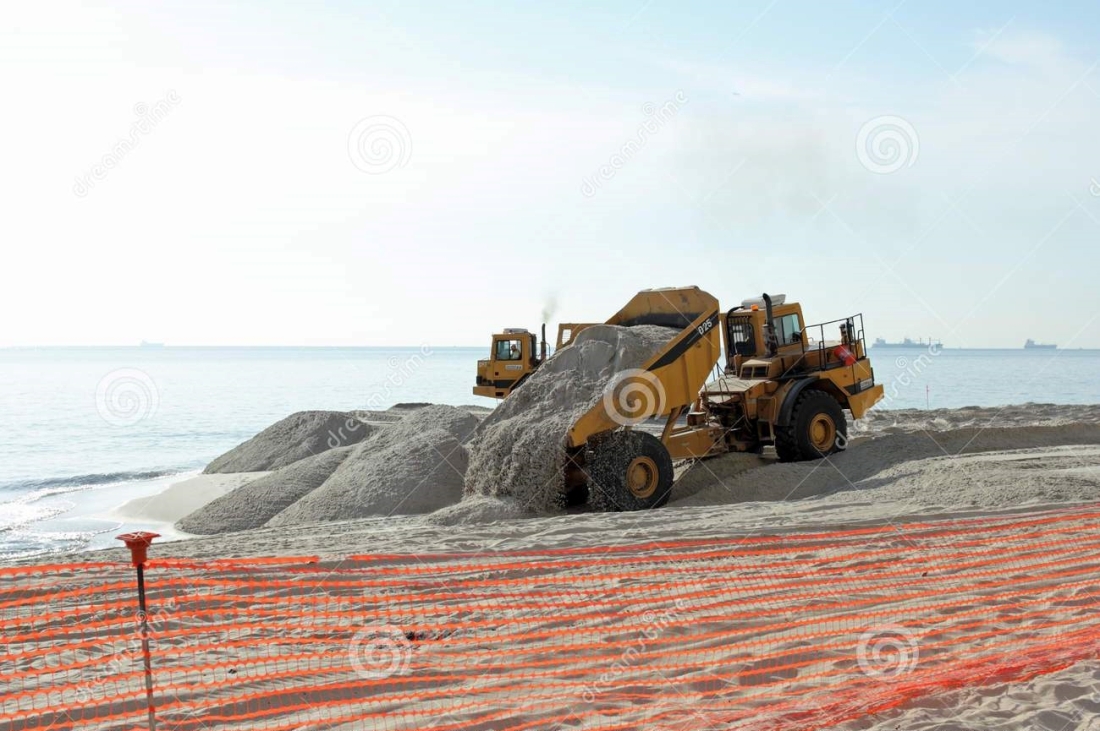 Today’s Town Council budget workshop, which consumed more than five hours, was the most sloppily conducted meeting I have ever witnessed in Southern Shores, and I have attended dozens of them.

When Council members finally got around to making decisions, they clumsily worded their motions, which were unduly confusing and which Mayor Tom Bennett did not repeat upon calling votes—most likely because he could not remember them.

Perhaps in a day or two, after I have recovered from my shock and dismay, and I have been able to view the videotape, I will publish a more upbeat post about today’s workshop. But today, I am struck by the lows.

The lowest points of this poorly run meeting were:

BEACH NOURISHMENT: The Town Council implicitly approved a beach nourishment project option without bothering to take a vote on either the approval of beach nourishment or the four options themselves, which were presented in the meeting packet.

I have never seen such backhanded maneuvering by elected officials in Southern Shores. Or maybe it was just ineptitude. Or confusion?

Council members dodged a straightforward, honest vote and discussion on the four plans by instead authorizing Interim Town Manager/Budget Officer Wes Haskett to work with APTIM to apply for two beach nourishment grants available through the N.C. Dept. of Environmental Quality’s Coastal Storm Damage Mitigation Fund: one grant to finance project option no. 4 and the other to finance renourishment of Pelican Watch.

In framing her motion about the grants, Mayor Pro Tem Elizabeth Morey made clear that she and her Council colleagues had discussed the project options among themselves before the meeting and had coalesced around option 4, which is priced at $14,755,600. There is no doubt about this.

But let’s be honest. You do not pay a consultant thousands of dollars to prepare a $2.5 million grant application for a project that you do not intend to perform. You do not apply for grants to finance theoretical projects. You are accountable to the grantor for how you progress with your project, for how you spend the grantor’s money–in this case, State taxpayers’ money–for goodness sake.

Mr. Haskett said that APTIM will handle the grant applications for $4,970, but he was a little unsure of whether the fee covered both grants or just one. He thinks both.

Those Council members who showed ignorance about this grant possibility—which was announced by NCDEQ in early March and by Mr. Haskett at the Council’s April 7 meeting—need to start doing their homework.

Also, according to Mr. Haskett, the beach-nourishment financial/tax increase data that have been in the Council’s meeting packet for the past two workshop meetings are just numbers “to start the discussion” on such financing—which, of course, was not held. The numbers apparently are not for real. They are “just information,” Mr. Haskett said, “not a recommendation.”

Did it ever occur to Mr. Haskett to inform the public of that fact, and then to explain it?

Here is my bottom-line question: What happens if the State no longer has money for these grants–as Councilman Neal suggested–or if Southern Shores is not awarded one?

The NCDEQ advertised that up to $11.5 million total would be available for coastal storm mitigation grants.

A VIOLATION OF THE OPEN-MEETING LAW/RECYCLING: Councilman Jim Conners admitted that he and other Council members had violated the open-meeting law during the lunch recess they took by conferring about curbside recycling in town, in particular, about a proposed contract from RDS of Virginia to handle processing the Town’s recyclables.

Upon realizing that he had admitted he had conducted the public’s business privately with a quorum of the Council, Mr. Conners said simply: “My bad.”

Councilman Matt Neal showed the most clearheaded thinking on RDS’s contract, and on the state of recycling, as he did on most of the issues the Town Council took up, but too often he backed away from his microphone and could not be heard.

Mr. Neal was inclined to work with RDS to negotiate some of the terms that Council members objected to, such as the length of the contract and the chargebacks to the Town for contaminated recycling that RDS rejects. Mr. Haskett should have tried to renegotiate the contract before the budget workshop. The chargebacks were an obvious sore point.

With Ms. Morey’s assistance, Mr. Neal was able to steer his colleagues in the direction of continuing with having Bay Disposal haul curbside recyclables to the Wheelabrator incinerator in Portsmouth and pursuing a “better contractual relationship” with RDS, as Ms. Morey put it in a motion discussion. But I could not tell you what her motion actually said, and the Mayor did not restate it upon calling the vote.

For the first time, Ms. Morey proclaimed herself a “huge fan of single-stream recycling” and said “we’re not recycling now.”

NO LEFT-TURN WEEKEND FUNDING: Mayor Bennett attempted to put words in Councilman Jim Conners’s mouth by suggesting AFTER Mr. Conners had said that he favored appropriating $6500 per weekend to block the left turn at the intersection of U.S. Hwy. 158/Dogwood Trail that instead Mr. Conners had advised taking the funding off of the table. After the Mayor’s interruption, which contradicted him, Mr. Conners decided not to speak further and deferred to other people’s opinions.

The motion that eventually passed unanimously was so confusingly worded, so softly spoken by Mr. Neal, and not repeated by the Mayor that I cannot tell you precisely what did pass. I believe the Council postponed a final decision on this funding until its June meeting, when members will have an idea of what the summertime traffic will be.

THE BIGGEST DECISIONS otherwise made by the Town Council were:

*To balance the budget by covering the proposed $348,853 shortfall, as well as budget additions that the Council approved today, with monies budgeted for fiscal year 2020-21 infrastructure projects, which total $662,340.

Mr. Conners made the motion to balance the budget by covering the shortfall with the capital-projects monies, and Councilman Leo Holland seconded it. But before a vote could be taken, Mr. Neal interjected comments—which I could not hear on Zoom—and when the audio returned, Council members were amending Mr. Conners’s motion by adding costs to the budget.

By the time the motion unanimously passed—without anyone seconding the amendments—the Council had approved the hiring of a full-time building inspector/code enforcement officer, to start in December so he/she can “shadow” Building Inspector Buddy Shelton for two months before he retires in February, and the awarding of bonuses to all staff members of either $1,000 or $500.

Ms. Swain calculated the new building inspector’s full-time salary for six months would be $35,000, but she gave no figures for his/her benefits. She also calculated the staff bonuses to total $35,000. (Had all staff members received a cost-of-living increase in FY 2020-21, Ms. Swain said, the increase to the budget would have been $58,000.)

Representing Southern Shores residents, who are suffering financially, too, Mr. Holland tried to argue that the staff bonuses should be less, suggesting $500 or $250, but he did not find support among his colleagues.

At one point, Ms. Swain advised that she had heard from Police Chief David Kole, who attended the morning session of the workshop, that a $45,000 grant the Chief had included in the proposed FY 2020-21 police department revenues would not be received, after all. So, the Council deducted $45,000 from what was left of the capital-improvement funds.

Mr. Neal quite accurately characterized decisions about subtracting from the capital-improvement budget as “just a shell game, anyway.” The Council always has the option of moving funds from the undesignated fund balance to fill a gap by way of a budget amendment during the fiscal year.

At the beginning of the morning session, Ms. Swain provided figures for FY 2019-20 surpluses—for example, from projects that came in under-budget—and a figure for the June 30, 2019 total of undesignated funds, information that was not disclosed to the public. Last June the undesignated fund balance had $4,173,321 in it, she said.

Asked to guesstimate about where the fund stands now, she declined, as she has at every other budget workshop I have ever attended, saying the balance is a “moving target.”

Ms. Swain sought to explain that if other Dare County towns increase their tax rates, Southern Shores will be at a disadvantage when it comes to “shared revenues,” in particular, when the County determines the town’s proportion of shared county occupancy taxes. But she was not specific about how the towns’ shares are calculated—even though the Mayor referred to a “formula”—and she really should have been.

It is quite likely that some Council members do not know how shared occupancy-tax revenues are calculated. Certainly, the public does not.

The Dare County Control Group announced at 1 p.m. today that it is finalizing a plan to address “the lifting of restrictions on entry to Dare County while protecting the safety of our community.” The plan will be released by the end of the day.