Yesterday’s traffic was the worst traffic Southern Shores has ever experienced on a vacation Saturday, without a doubt. It was unprecedented. And it is only mid-June.

Yesterday’s northbound cut-through traffic was backed up at times to the Wright Memorial Bridge, according to drivers we questioned en route, making the previous Saturday’s heavy traffic seem light by comparison.

Several people contacted The Beacon to say that South Dogwood Trail was a “parking lot” until well into the evening.

Residents on Hillcrest Drive near the tennis courts reported that northbound drivers turned that street into a two-lane, one-way street for part of the day—posing the risk of a head-on collision with southbound vehicles.

Homeowners in the 300 block of Sea Oats Trail reported that the backup on their street, which started around 1:30 p.m., did not ease until 8 p.m. I saw a fair amount of northbound traffic on Hickory Trail, near the East Dogwood Trail intersection, still at 9 p.m. when I went out.

An email from a homeowner in the 300 block of Wax Myrtle Trail really brought yesterday’s over-the-top traffic conditions home for us. He wrote that he reached the Wright Memorial Bridge at 5:30 p.m. and did not arrive home until 8:30 p.m.

It took this homeowner three hours to drive less than 10 miles! Traffic moved better on Interstate 95 in Virginia yesterday, he said, than it did in Southern Shores.

It goes without saying that if any resident of Southern Shores had needed emergency service yesterday, or if a fire had occurred in a house on one of the congested roads, access by first responders would have been seriously inhibited by the bumper-to-bumper traffic, some of it in the form of large vehicles, such as the massive recreational vehicle that we saw barreling through.

The Town Council has had more than sufficient notice of the dangers posed by the traffic and of the possibility that a preventable tragedy could occur.

We all can speculate as to why the traffic has increased so markedly this June, but the reason it has ultimately does not matter. It only matters that conditions like yesterday’s cannot be allowed to continue. Public health and safety must come first and be safeguarded by taking preventive measures.

I have been advocating for solutions to cut-through traffic for years now, but the Town Council has consistently declined to take action—with the exception of the no-left-turn weekend in June 2018, which former Councilmen Gary McDonald and Fred Newberry spearheaded.

Mayor Tom Bennett, who took office in December 2013, is on the public record as opposing any measures that would inconvenience northbound vacationers, and he has always managed to have a majority of the Council support him.

Meanwhile, the traffic has only gotten worse.

The Mayor stood alone, however, in voting against the three no-left-turn weekends that the other four Town Council members approved this summer at their June 1 meeting.

“We want to get [the vacationers] here so badly,” Mr. Bennett said then, “. . . [and] we depend on them for pretty much our survival, but we don’t want them to use our streets . …”

Mr. Mayor, we would like to meet the people in Southern Shores who depend on Corolla and Duck vacationers for their “survival.”

As for Southern Shores streets, drivers passing through town are perfectly free to use N.C. Hwy. 12, which is the designated thoroughfare.

Tommy Karole, a Southern Shores homeowner who owns a restaurant in Duck and actually does have a livelihood interest in northern Outer Banks vacationers, is the chairperson of the citizens’ cut-through committee that is trying to get cut-through traffic off of Southern Shores roads.

Mr. Bennett’s concerns about what we call biting-the-hand-that-feeds-us is “the thing I have a hard time with,” he said at the meeting, “but I’ll work that out.” Not soon enough to vote in favor of his constituents’ best interests and welfare, however.

The Mayor should consider that northbound vacationers are not served, either, by an hours-long drive through the Southern Shores residential community. The shortcut their navigational device directed them to take yesterday was hardly that.

If all traffic were restricted to Hwy. 12, it would actually move faster because there would be no blockages at intersections where the cut-through side streets meet the thoroughfare. That is indeed what happened in June 2018 when the left turn on to South Dogwood Trail from U.S.Hwy. 158 was prohibited.

The three no-left-turn weekends that the Town Council approved are beginning to look like the metaphorical equivalent of applying a band-aid to a blood-gushing open head wound. We need them, but we need much more.

In the short term, the police can assist with traffic flow, moving it along on U.S. Hwy 158 and N.C. Hwy. 12 and away from South Dogwood Trail.

In the long term, it is time to consider gating Southern Shores at every access road on summertime weekends. The Town owns the roads, except for a few private roads, and does not need federal or state money to maintain them.

Until the mythical mid-Currituck County bridge is built, Southern Shores is at risk during post-Memorial Day weekends of becoming what the Wax Myrtle Trail homeowner called “an impassable congested freeway that is a danger both to our residents and to our visiting guests.”

The coronavirus is not going away. To the extent it is a factor in the decisions people are making to vacation in, and even move to the Outer Banks—and we cannot know with a certainty what its influence is—it is going to continue to be a factor for the foreseeable future. The Town Council must protect the people who elected them to office. To do otherwise would be blatant neglect and a dereliction of public duty.

PUBLIC COMMENTS AT TUESDAY’S COUNCIL MEETING: There will be a general public comments period at the Town Council’s workshop meeting Tuesday, which convenes at 9 a.m. in the Pitts Center. If you would like to submit written comments, which would be read into the record at the meeting, please email them to Town Clerk Sheila Kane at skane@southernshores-nc.gov. Please write in the subject line to your email: “Public comment for Town Council’s June 16 meeting.”

You also may address the Town Council in person or via Zoom videoconferencing. The meeting is open to the public, but seating will be limited because of social-distancing requirements.

As you know, a public hearing on a town-wide beach nourishment project in 2022 will be held at Tuesday’s meeting, as well. You may speak during this hearing in the same manner as outlined above: 1) by submitting written comments, with the subject line, “For the June 16 public hearing on beach nourishment”; 2) by presenting comments in person; or 3) by remotely commenting via Zoom.

Comments during a public hearing are not time-limited, like comments during the public-comment period are. The limit for general public comments is three minutes.

The meeting packet for the workshop session has been updated since The Beacon last provided a link to it. It now includes a letter and “scope of professional services” proposal from Ken Wilsson, president of Coastal Protection Engineering of North Carolina, Inc. (“CPE-NC”), which has been selected by the towns of Duck, Southern Shores, Kitty Hawk, and Kill Devil Hills to be the joint project manager, designer, engineer, and permitting services provider for their 2022 projects.

Southern Shores has committed to doing five-year maintenance of its beach nourishment at Pelican Watch, but it has not yet made a commitment to a 3.7-mile-long, $14 to $16.5 million (or, likely, much more) townwide beach nourishment project.

The other three towns plan to do maintenance in 2022 of their 2017 beach nourishment projects.

See the agenda and packet at: https://www.southernshores-nc.gov/wp-content/uploads/minutes-agendas-newsletters/Meeting-Packet_2020-06-16.pdf

Mr. Willson, who is the only coastal professional to recommend to Southern Shores that it undertake a town-wide nourishment project—and as a proactive measure, not to redress damage—proposes to receive $437,675.75 for his company’s services, some of which would be shared by the other three towns.

At a recent meeting, the Town Council determined that CPE-NC, formerly known as APTIM, did not place itself in a compromising position by undertaking a beach management plan for Southern Shores, in which it recommended a 2022 nourishment project, and then applying to manage that project. The Town did not perceive a conflict of interest because CPE-NC will not do the actual dredging and sand filling.

Nonetheless, CPE-NC stands to gain financially from directing Southern Shores toward a beach-nourishment project, which Mr. Wilsson did after initially telling the Town Council that the town’s beaches and dune system were stable and “time is on your time” in terms of doing nourishment.

The Town Council did not consider beach-study proposals from multiple coastal engineering firms before it chose APTIM—as Dare County recently did in considering an Avon study—nor did it solicit opinions from other coastal engineers after APTIM filed its reports.

Former Town Manager Peter Rascoe simply delivered Mr. Wilsson and APTIM to the Town Council, and the Council put the Southern Shores beaches in his hands.

The Council also did not confer with oceanographers and other scientists at the U.S. Army Corps of Engineers’ Field Research Facility north of Duck (the “Duck Research Pier”) who offered to consult without charge.

The considerable unchecked control that the Town Council has given Mr. Wilsson and the growing corporate enterprise of which he is a critical part troubles us a lot. 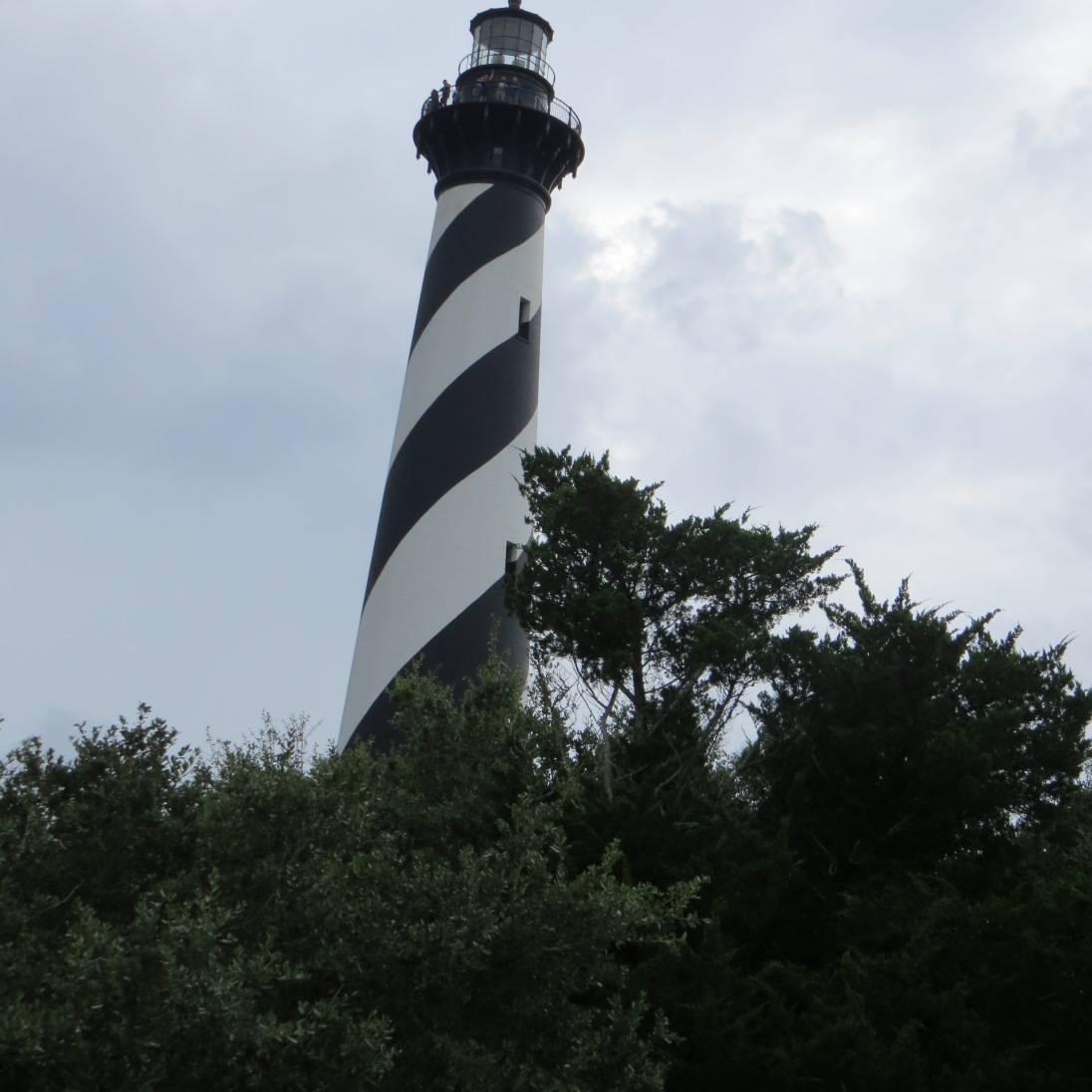