We will be suspending publication of The Beacon for an indefinite time, starting this weekend. We will not be covering the Town Council’s 9 a.m. workshop next Tuesday or its June 1 regular meeting, during which the public hearing on the fiscal year 2021-22 budget will be held. We will resume publication when we are able to do so.

We encourage you to check the Town of Southern Shores website for announcements and agendas of upcoming meetings, which, in the next week include:

Tomorrow, May 14: The Exploratory Committee for a Potential Branch Library meets at 12:30 p.m. in the Pitts Center to continue its pandemic-delayed efforts to establish a library in Southern Shores on Juniper Trail.

Monday, May 17: The Planning Board meets at 5:30 p.m. in the Pitts Center. The Board will be considering an application from the property owners at 279 Hillcrest Drive to subdivide their lot into two lots.

Tuesday, May 18: The Town Council will meet at 9 a.m. for a workshop session with a wide-ranging agenda that includes an update from project manager Ken Willson about the design of the 2022 beach nourishment project and a discussion of items on the Town Manager’s recommended General Fund FY 2021-22 budget, which totals $7,850,910.

In order to balance the FY 2021-22 budget without raising the general town-wide tax rate, Town Manager Cliff Ogburn is recommending that $453,392 be appropriated from the Unassigned Fund Balance to cover a revenue gap. If the Town Council accepts Mr. Ogburn’s recommendation, the general tax rate will remain in the next fiscal year at 19.58 cents per $100/property value.

As The Beacon reported last week, Mr. Ogburn has recommended the following tax rates to cover the Town’s beach nourishment debt in FY 2020-21:

According to Mr. Ogburn, he will likely recommend an increase in the general tax rate in FY 2022-23.

We encourage you to review it—or at least to read the Town Manager’s message that precedes it—and to participate in the June 1 public hearing.

As The Beacon reported last week, Mr. Ogburn has budgeted only $30,400 for cut-thru traffic mitigation.

Despite the knowledge that cut-thru traffic is a hot-button concern for hundreds of people in town—and despite a commissioned traffic study from professional engineers and a thoughtful report by a long-term citizens’ committee that studied the problems—the Town Manager does not explain in his budget message what this paltry amount will buy.

The $30,400 expense appears as “contracted service” in the Public Works Dept. budget.

The budget figure mentioned for traffic mitigation at the Council’s March 16 budget workshop (by Councilman Matt Neal) was $50,000. Clearly, the Town Council has directed Mr. Ogburn—without informing a very interested public at an official meeting—to scale back on the deterrents employed this summer.

We hope an explanation will emerge from the Town Council next Tuesday.

Mr. Ogburn said at the March budget workshop that the per-weekend cost for implementing an unstaffed left-turn prohibition—meaning no police on site—at the U.S. Hwy 158-South Dogwood Trail intersection would be $3700. The $30,400 budget expense, therefore, would cover about eight weekends.

We also would like to point out that the traffic study report submitted in February by J.M. Teague Engineering and Planning, whom the Town hired for $7,500, has never been discussed by the Town Council as an agenda item in a public meeting.

We do not know what individual Town Council members think about the solutions offered by J.M. Teague.

FOLLOW-UP TO MAY 4 MEETING ON MSDs

Last week, we wrote that we would be exposing this week some misinformation and ignorance expressed by Town Council members during the discussion that led to their unanimous vote approving the done deal on municipal service districts (MSDs).

There is so much to criticize about that discussion that we have been unable to find the time to follow through on our pledge. We aspire to do so in full by this weekend and will just make a start now.

We simply cannot let stand Mayor Tom Bennett’s falsehood about Dare County’s funds for beach nourishment “drying up” so that Southern Shores may not get another opportunity to do a project with County monies after 2022.

The County’s beach nourishment fund is contingent on the collection of county occupancy taxes (not sales taxes, too, as Mayor Pro Tem Elizabeth Morey said): It is made up of one-third of the occupancy taxes collected.

As long as Dare County has tourists occupying its many rental lodgings, the fund will be flush. The occupancy rate also can be increased.

The County would never deny funding to Southern Shores after providing it to Duck, Kitty Hawk, Kill Devil Hills, Nags Head, Buxton, and now Avon for their first-time beach nourishment projects, as well as other projects thereafter. (Did we miss a jurisdiction?)

The fund does take a hit, however, when towns like Southern Shores engage in proactive nourishment, rather than repair-nourishment of a beach that has eroded.

Towns in dire need of beach nourishment should work together to identify a recurring funding source at the State level. An increase of the Dare County sales tax rate is also a viable option. We doubt that the 2005-06 experience of the 1-percent “sand tax,” which voters repealed by referendum, would be repeated in 2021-22.

Fifteen years ago, Nags Head was the only town talking about beach nourishment. Now they all are. (More about the sand tax later. Any Town Council member who is unaware of this history is uninformed.)

We have long been on record as opposing the beach nourishment project in Southern Shores as unnecessary to do now, except for the southern section where maintenance of the 2017 sand fill is needed. We also have been on record for opposing the unorthodox process that the Town used to define and establish the MSDs.

Last week Mayor Bennett played Chicken Little, as did Councilman Leo Holland, in suggesting that the Southern Shores beaches, which have an 80-year history of stability, might not “hold up” as long as “five or six or seven years down the road.”

More balderdash. Of course, we know that. Some of us actually do our homework and know the historical trends and the features of the coastline that protect Southern Shores.

Southern Shores has not experienced a severe storm since the Ash Wednesday nor’easter of 1962. This is not just dumb luck or chance. Hurricanes, such as Isabel in 2003, scatter by the time they reach Southern Shores, according to two eminent N.C. coastal geologists whom we consulted in January 2020.

Laypeople may fear sea-level rise and speculate about future storm damage—which is what the Town’s coastal engineer did—but the Town Council must hang its hat on historical data, not on prejudicial conjecture.

There is no reason to believe that Southern Shores, which has a much lower long-term average erosion rate than our neighbors to the south, is suddenly going to be “compromised,” as Mr. Holland said.

Indeed, we challenge him to provide evidence that it will be.

Comparisons in shoreline change rates in Southern Shores that the N.C. Division of Coastal Management compiled in 1998, 2009, and 2016 clearly show its stability. In fact, the shoreline gained width (it accreted) and never lost more than about 0.7 foot in those years, depending on the location of the beachfront.

This stability contrasts sharply with the DCM’s shoreline change rate comparison in Kitty Hawk over the same time period. Sections of the Kitty Hawk oceanfront lost more than 3 feet in 2016 and more than 4 feet in 1998.

Mr. Holland admitted last week that he does not go to the Southern Shores beach and has no firsthand knowledge of its condition. We suggest that he do more scientific research and consult more with coastal environmental experts, rather than waste time talking with uninformed town property owners about their views on beach nourishment and MSDs.

Mr. Ogburn displayed slides last week from a Power-Point presentation given by financial consultant DEC Associates that showed financing options available to the Town to pay for its beach nourishment project.

Although Mr. Ogburn said this information dated to a January 2020 presentation by DEC Associates, the consultant actually first provided it to the Town Council at a February 2019 meeting—in plenty of time for the Council to consider funding the 2022 project in a different manner, including with general obligation bonds, which would have to be approved by a voter referendum.

A referendum would have taken this huge undertaking out of the hands of five people with no particular acumen for making this decision. It might even have forced the Town Council to bring in oceanographers and other coastal environmental experts to answer the public’s questions.

Neither the 2019 Southern Shores Town Council nor the 2020 Town Council ever investigated any other financing method except special obligation bonds and MSDs because that is what DEC Associates was peddling.

We attended all of the Town’s meetings with Andrew and Doug Carter, the folksy father-son team of DEC Associates. They breezily dismissed the general obligation bond option because it requires a referendum, which they viewed as unnecessarily time-consuming.

Last week, Councilman Holland suggested that DEC Associates’ financial information be put on the Town website, where it has been displayed for more than two years.

Ms. Morey thanked Mr. Ogburn for the financial refresher, saying: “I know we saw this before, [but] maybe just the repetition . . . I get it now.”

I get it NOW? This is unacceptable.

Mayor Bennett and Councilman Conners were on the Council in 2019. They both opted for the Carter team’s cookie-cutter approach, without question. The terms of both expire this year.

We will continue our critique as soon as we can and then retreat for a while. We definitely will return in time for Town Council candidate filings in July.

3 thoughts on “5/13/21: CRITIQUE: ABOUT THE BUDGET, CUT-THRU TRAFFIC, BEACH NOURISHMENT, AND MSDs. THEN WE TAKE A BREAK.” 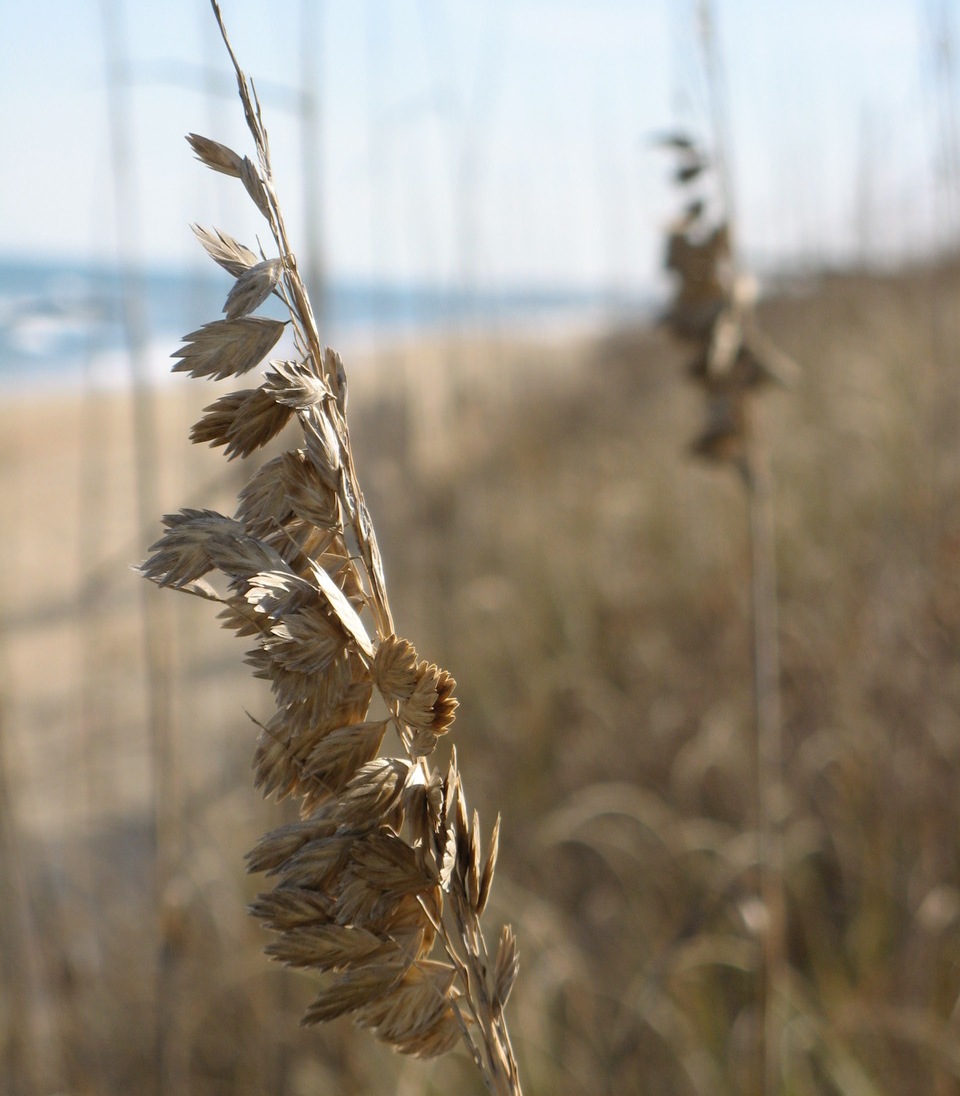