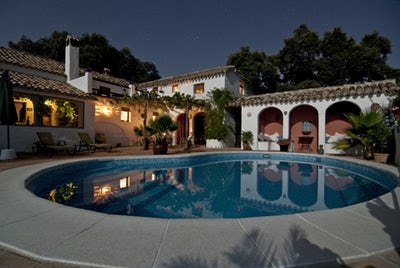 In its second consideration of an amendment to the town’s zoning ordinance that would redefine how residential lot coverage is calculated and effectively allow larger homes to be built, the Southern Shores Planning Board split last Monday on provisions that it had previously recommended to the Town Council.

The result: The Board approved the proposed zoning text amendment, known as ZTA-18-04, as amended, but it did not decide the most controversial aspect of the zoning change, which would have exempted from the permissible 30-percent lot coverage up to 500 square feet of a swimming pool. The four voting Board members in attendance split 2-2 on the swimming pool exception.

In their comments, three Board members left little doubt that they recognized that the proposed changes in lot-coverage calculation would lead to larger homes being built. Member Elizabeth Morey stated: “They [the Town Council] want bigger houses.” Board Member David Neal said he wished he could “visualize the potential,” voicing concern that this amendment “is not going in the direction that we want to go in.”

Ms. Morey later cast a dissenting vote, indicating that she did not believe the lot-coverage change was consistent with the town’s land-use plan.

The Beacon will try to explain what happened at the Board’s hearing, as well as action preceding it. We are playing catchup, so please bear with us. It appears to us that politics is playing a bigger role than the town should permit. You decide.

On Sept. 5, 2017, the Southern Shores Town Council rejected, by a 3-2 vote, a zoning text amendment, known as ZTA 17-03, that would have changed the town law on lot coverage in substantially the same way that ZTA 18-04 proposes to change it now. Most of the language in the two amendments—and certainly the most significant language—is identical. Councilmen Gary McDonald, Fred Newberry, and Leo Holland voted against ZTA 17-03, expressing a desire to leave the Town Code as is on lot coverage. Mayor Tom Bennett and Councilman Chris Nason voted in favor of the change.

Fast-forward two months . . . Mr. Holland does not run for reelection to Council, and Jim Conners is elected to his seat. At the Town Council’s February 2018 meeting—five months after the defeat of the lot-coverage law change—Councilman Chris Nason, an architect who is now mayor pro tem, moves to send ZTA-17-03 back to the Planning Board for reconsideration with two new sub-sections. Councilman Conners seconds this motion, and it passes, 3-2, with Newberry and McDonald casting nay votes.

Councilman McDonald objects that this reconsideration is impermissible under the Council’s rules of procedure, but he is rebuffed by Town Attorney Ben Gallop, who says that Mr. Nason’s motion is valid. The slightly restyled ZTA-17-03 becomes ZTA-18-04.

OK, now rewind back to August 2017, before the Town Council defeats ZTA 17-03, to a memorandum from Planning Board Chairman Sam Williams to the mayor. In his 8/11/17 memo, Mr. Williams informs the mayor that the Planning Board, which has been painstakingly reviewing the proposed Town Code rewrite submitted by paid consultant, Codewright, will be making recommendations to the Council for possible Code changes on a piecemeal basis, before its full review is finished. Williams zeroes in on two zoning changes that the Board has decided to take up now: 1) the way building height is calculated; and 2) the way lot coverage is calculated.

The Beacon learned about this memo only by perusing Town Council meeting packets prepared by staff last summer. To the Beacon’s knowledge, the content of this memo was not made public in any other manner.

In his memo, Mr. Williams includes a table reflecting the Planning Board’s recommendations on lot coverage. These recommendations, which were unanimously approved, form the basis for the first zoning text amendment, which the Town Council defeated, 3-2, in September, and for the second ZTA, which the Town Council sent back to the Planning Board in February for reconsideration.

[Late-breaking news: The Beacon learned after this blog was posted that these recommendations, which became ZTA-17-03, were approved by Chairman Williams, former Planning Board Member Gray Berryman, Mr. Neal, and ETJ Representative John Finelli (who votes only on items that affect Martin’s Point) in a special meeting called by Mr. Williams on Aug. 7, 2018. Ms. Morey did not attend. The four representatives expressly noted in their recommendations: “We recognize that [they] will encourage larger homes.” This information is based on Planning Board meeting minutes obtained from town staff. Minutes of the Planning Board’s meetings are not available online, nor are the meetings routinely videotaped.]

Lot coverage is the ratio of the total “footprint” area of all structures on a lot to the net lot area. The footprint typically includes principal (your house) and accessory structures, such as garages, carports, covered patios and roofed porches, decks, swimming pools, driveways, and parking pads.

The chief objectives of lot-coverage laws are 1) to ensure stormwater retention, so that runoff into streets and adjacent lots doesn’t occur; and 2) to protect open space. The Planning Board largely focused on the stormwater issue in its discussion about ZTA-18-04.

Proposed ZTA-18-04 would eliminate from the footprint, and, therefore, from the lot-coverage calculation the following:

*Gravel or grass driveways with a pervious base

*The outermost 4 feet of [roof] eaves

ZTA-18-04 also would exempt from calculation 50 percent of the area consumed by pervious materials and turfstone/pavers for driveways and parking areas.

The current law has all pervious materials, all gravel or grass driveways, and all swimming pools contributing 100 percent to lot coverage; and eaves and gravel walkways not contributing at all.

ZTA-18-04 differs from ZTA-17-03, which was defeated in September, in two respects: It adds the provision about open-slatted decks and a provision stating that only those building/zoning permit applicants (for a single-family home or adjacent swimming pool) who present “a survey with all applicable requirements, including plan certification, for a Lot Disturbance and Stormwater Management Permit” may avail themselves of the swimming-pool and open-slatted deck exemptions to lot coverage.

So, what did the Planning Board do? And what does this all mean?

First, the Board approved, by a 3-1 vote, the deletion of the driveway exemption—an exemption that it had unanimously recommended in August 2017—and it voted, 2-2, on eliminating the swimming-pool exemption. Chairman Williams and Ms. Morey favored exempting up to 500 square feet of the water area of swimming pools from lot coverage; Mr. Neal and new Planning Board Member Glenn Wyder did not.

“A pool should not be used as a catch-basin,” Mr. Wyder said. He also noted how his swimming pool overflows after a heavy rain.

As for what it means, The Beacon believes it means that the public is being, effectively, excluded from important decision-making about building practices and restrictions in town. The Planning Board’s decision to send proposed Code changes to the Town Council for consideration on a piecemeal basis thwarts expectations that the public had and has about being able to weigh in on the consultant’s work at the end of the Board’s review.

At the Sept. 5, 2017 hearing on the proposed lot-coverage change, resident property owner Geri Sullivan noted in her public comments that 62 percent of the people who completed the survey conducted by Codewright said they did not want to change lot coverage. Changing the manner in which lot coverage is calculated effectively changes lot coverage.

The Beacon also believes that the Town Council is playing politics to the detriment of the public’s trust. ZTA-17-03 and ZTA-18-04 are substantially similar. This Town Council should honor the Sept. 5, 2017 vote of the previous Town Council.

The next Town Council meeting is May 1st. ZTA-18-04 cannot become law without a public hearing before the Council first.

The Beacon will return soon with more news about Planning Board action and the town’s FY 2018-19 budget.

We welcome your comments and questions.