A month after a luxurious oceanfront home in Southern Shores was spray-painted with obscene graffiti, Town police have made no arrests, but they have identified a “possible lead,” according to the investigating officer.

“Nothing has panned out so far,” Southern Shores Police Sgt. George M. Farrow told The Beacon Saturday about the ongoing vandalism investigation. But, the officer said, “The department is following up on a possible suspect lead.”

The police are trying to get the suspect “to come in,” Sgt. Farrow said.

The Beacon reported Dec. 6, 2018 on the graffiti that occurred at 64 Ocean Blvd., according to police, during the night of Dec. 4-5. It consisted of the word “HOLE” being painted beneath the word “GLORY,” which appears on a house sign above the driveway, and a sketch of male genitalia. The “GLORY” sign is clearly visible from the road.

According to Sgt. Farrow’s police-incident report, which The Beacon obtained from the officer Dec. 13, similar obscene graffiti was spray-painted on the concrete walkway at the Southern Shores Civic Assn. beach access that adjoins 62 Ocean Blvd. Sgt. Farrow did not give The Beacon the photographs that accompany the report, but he did describe the drawings as “crude.”

As reported by The Beacon Dec. 13, contractor Allan Hutton, who built the house at 62 Ocean Blvd. and has a crew working on the house at 64A Ocean Blvd., discovered the vandalism the morning of Dec. 5 and called Town Manager Peter Rascoe, with whom he is friendly, Sgt. Farrow said Saturday. Mr. Rascoe then notified Police Chief David Kole, who, in turn, contacted Sgt. Farrow.

This sequence of events is recorded in Sgt. Farrow’s police report, which also records a 7:45 a.m. incident-report time. The Southern Shores Town Hall and police station do not open for business weekdays until 8:30 a.m. A voice recording on the police station telephone line, however, provides a telephone number for members of the public to reach an on-duty officer.

I met Sgt. Farrow at the Southern Shores police station on Dec. 13 at 3 p.m. for a pre-arranged interview.

I had encountered the sergeant the previous day during a visit I made to the police station to request copies of the police reports for the vandalism incident and for a related false trespassing report filed against me. He said he had planned to call me to ask me to come in. We made an appointment.

During the course of the half-hour meeting I had with Sgt. Farrow, he informed me that the homeowners of 62 Ocean Blvd. had operational surveillance at the house, and he had seen a tape of the vandalism being committed.

Sgt. Farrow asked me to keep our discussion confidential, and I honored that request. On Saturday, however, during what I informed him was an inquiry on behalf of Beacon readers, he referred to the surveillance equipment.

Because of this telephone exchange, I no longer feel that I must withhold the existence of the surveillance videotape. I will continue, however, not to report details about the person or persons that Sgt. Farrow told me Dec. 13 he had seen on the tape.

Both Southern Shores Town Councilman Jim Conners and attorney Starkey Sharp, who represents 62 Ocean Blvd. homeowner Steven Love in a matter pertaining to the adjacent vacant lot at 64 Ocean Blvd., which Mr. Love also owns, have sought in public meetings to link the vandalism with this blog. (See The Beacon, 12/13/18, and 12/20/18.)

Both surely knew about the surveillance videotape and what—or, more precisely, who— was on it.

Before the night of Dec. 4-5, The Beacon’s blog reports were focused on SAGA’s proposed “mini-hotel” developments at 98 and 134 Ocean Blvd. I did not bring up the properties at 62, 64, and 64A Ocean Blvd. until after the vandalism occurred.

On Dec. 7, 2018, I published “THE SAGA OF AN ARCHITECT: COUNCILMAN CHRIS NASON AND HIS DESIGNS ON THE SOUTHERN SHORES OCEANFRONT; And What About That 50-Foot-Wide Lot?”

The 50-foot-wide lot between the large houses at 62 and 64A Ocean Blvd.—both of which were designed by architect and Town Councilman Christopher Nason—is a “nonconforming” lot because it does not conform to the Town’s minimum required lot width of 100 feet. According to public record, Mr. Nason is the architect of a 3,600+-square-foot house that Mr. Love would like to build on the narrow vacant lot between the other two houses he designed. (See photo of the site above, taken Dec. 6.)

In 2018, the Town Planning Board and the Town Council grappled over a period of months with revising the Town Code ordinance on nonconforming lots to ensure that development of 50-foot-wide lots is curtailed. That Mr. Nason did not disclose the financial interest he has in the nonconforming lot at 64 Ocean Blvd. and voted on the zoning text amendment, ZTA 18-07, that was proposed to change the Code, was of great concern to The Beacon.

The Beacon’s Dec. 7 blog details Mr. Nason’s professional involvement with the properties at 62, 64, and 64A Ocean Blvd. It is based upon my research in the Town Planning Dept. of public records that any citizen may access and peruse for any reason whatsoever.

On Saturday, I asked Sgt. Farrow if he had found in his criminal investigation of the vandalism at 62 Ocean Blvd. that the graffiti had anything to do with The Beacon, in particular, that the suspected perpetrators had been following this blog.

He answered: “No. I haven’t found that to be the case.”

THE TRESPASS ALLEGATION AGAINST ME

On Dec. 6, the day before I published my “SAGA of an Architect” blog, “someone” falsely reported me to the Southern Shores police for trespassing on the property at 62 Ocean Blvd. which, unbeknownst to me, had been vandalized at least 32 hours earlier.

At 3 p.m. that day, I took a photograph of the nonconforming lot at 64 Ocean Blvd. (see above), so I would have artwork to run with my “SAGA of an Architect” blog the next day. I stayed in the public right of way in front of the properties while I took photos and left the site at 3:15 p.m.

I was stunned and angry when two Southern Shores police officers knocked on the front door of my residence at 4:36 p.m. and asked me if I had been at 63 Ocean Blvd.—the officer’s error—taking a photograph.

I recorded what transpired between Officer Jeremy Hemilright, the policeman who conducted the visit, and me in a blog that I wrote and posted immediately after the two officers left. (See 12/6/18: POLICE PAY ME A VISIT: REPORT IS HARASSMENT BY RED-ROOF HOMEOWNER AT 62 OCEAN BLVD.)

I began to put things together differently than the way I reported them in that blog after I met Dec. 13 with Sgt. Farrow. While discussing with him how I “had been in the wrong place at the wrong time,” he referred to how I had been looking at Town permit files for the three properties a day before the vandalism occurred.

This research was for my blog about Councilman Nason. I was seeking to confirm Mr. Nason’s relationship with the homeowners at 62, 64, and 64A Ocean Blvd. and to obtain dates for his architectural work in their behalf.

On Saturday, I finally asked Sgt. Farrow how he knew that I had been there, looking in permit files, and he replied: “The Town Manager advised me since I was working on the case.” When I asked how Mr. Rascoe had contacted him, he did not answer specifically, saying that my activity was “on the grapevine.”

I had no communication with Mr. Rascoe on Monday, Dec. 3. I saw him pass by the door to the conference room that I used for my file research, but he did not look my way.

Did the police conceal the surveillance videotape from Mr. Rascoe?

Does Mr. Rascoe stalk—or monitor, if you prefer—all citizens who exercise their right to see public records, which, as the North Carolina statute on public records makes clear, are “the property of the people,” or just journalists?

While at Town Hall on Dec. 3, I learned for the first time that Mr. Love had applied for a CAMA permit to build on the 50-foot-wide lot at 64 Ocean Blvd.

I spoke with Town Permit Officer Dabni Shelton about Mr. Love’s legal ability to build there, in light of the recently passed nonconforming lots ordinance (ZTA 18-07), which I believed prevented him from doing so. Ms. Shelton advised me to email Deputy Town Manager/Planning Director Wes Haskett, who was attending training out of town all week, about my concerns, and I did so.

Since my Dec. 13 meeting with Sgt. Farrow, I have done further reporting on the circumstances surrounding the call implicating me in a trespass. I will disclose what I have learned at a later date.

The Beacon’s informal advisory board will be meeting soon to discuss what actions to take on this matter, going forward. 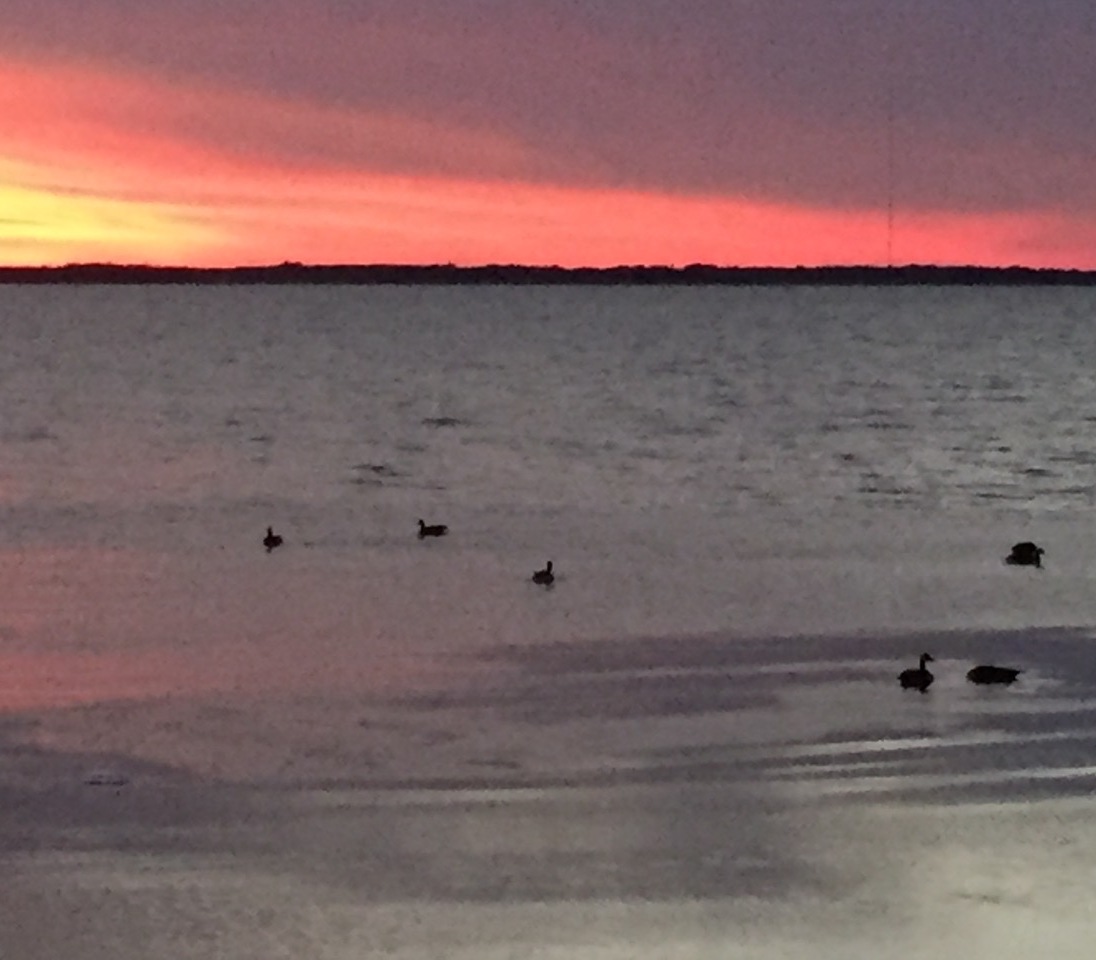