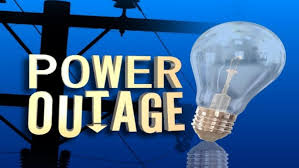 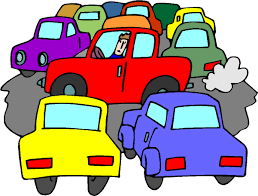 [1/4/19 UPDATE: The Town is calling the adjournment of the Planning Board’s Wednesday meeting a “recess” and notifying the public that the meeting will “resume” at 5 p.m. Monday.]

A power outage in the Pitts Center last night ended the Town Planning Board’s special meeting on “large-house” regulations just as Southern Shores builder and homeowner Matt Neal was shedding some light on what has been called the Outer Banks Home Builders Assn.’s (OBHBA) “option.”

When the room went dark, so did an overhead projection of an outline describing the OBHBA’s suggestion to create new zoning in Southern Shores for “High Occupancy Dwellings.”

Although encouraged by some in the larger-than-usual audience to continue speaking from the shadows—there was some light—Mr. Neal stepped aside while Deputy Town Manager/Town Planning Director Wes Haskett went to investigate the problem. When Mr. Haskett reported no hope of the electricity being restored, the Planning Board rescheduled the special meeting to 5 p.m., Monday, and adjourned.

A meeting that Board Vice-Chairperson Elizabeth Morey had predicted in her opening remarks would last two hours, thus, terminated after little more than a half-hour. Mr. Neal, who was 2018 president of the OBHBA, was the only member of the public heard—albeit briefly.

Ms. Morey has been chairing Planning Board meetings since the November death of Chairperson Glenn Wyder. After the Town Council appoints someone at its Jan. 8 meeting to serve out Mr. Wyder’s unexpired term, the five regular voting Board members will elect a new chairperson and vice-chairperson.

Last night, alternate Michael Basilone sat as a full-voting member of the Board, just as he did at the Dec. 17 meeting. Alternate Leo Holland, who was scheduled to sit on the Board, according to the rotation of alternates, was out of town and, according to Mr. Haskett, will be out of town on Monday, as well.

DESPITE OUTAGE, SOME BUSINESS OCCURRED

In the time they had, the five Board members made lightning-quick work of some suggestions they have received, or have been directed to consider, regarding new regulations to control high-occupancy large houses. (The Beacon’s preference is to refer to high-occupancy houses, rather than “large” houses, but the Town most often refers to house size, not occupancy.)

Member Andy Ward took the lead in the Board’s discussion by referring to the Town Council’s motion, unanimously passed Dec. 11, that the Board consider draft ZTA 18-10, which, significantly, creates an oceanfront overlay residential district and then imposes regulations on structures within it, as well as other “zoning requirements” based on different approaches.

Among the approaches suggested by the Town Council was “regulating number of water use fixtures in a residence (using water conversion measures to control occupancy).”

Of this option, Mr. Ward said, “I’m not sure what this is designed to do other than to befuddle enforcement.”

Member David Neal, who is a builder and the father of Matt Neal, agreed, saying the approach is “totally confusing and overkill.” Member Joe McGraw, another builder, agreed with Mr. Neal, and Ms. Morey concluded, “Check that one off our list.”

The Board then decided to veer away from the Town Council’s directive to consider the applicability to Southern Shores of an ordinance proposed by the Town of Duck to “establish standards for the scale of residential development.”

A draft of this ordinance was in the Planning Board’s “meeting packet” because Southern Shores Town Attorney Ben Gallop’s law firm colleague Robert B. Hobbs, Jr., represents Duck, and Mr. Gallop has been working with him.

The discussion on Duck’s proposed ordinance sounded much like the discussion on water-use fixtures. Mr. Ward said, “I don’t see a whole lot there that would pertain to us—as far as what we’re trying to do.”

Mr. David Neal then observed, “I think that we’re a different animal than Duck. . . .  Southern Shores is a monolithic oceanfront, Duck is not. I don’t think Duck’s proposal is appropriate for our situation.”

Mr. Basilone added: “I’m not sure it fits what we need.”

The Beacon appreciates Mr. Neal’s description of the Southern Shores oceanfront as “monolithic.” Rather than this being a pejorative term, The Beacon believes it goes to the heart of what makes Southern Shores unique on the Outer Banks: From its founding in the 1940s, Southern Shores has been a tightly controlled, planned community and, as of 1979, town. It is not a patchwork quilt of development; at least, it has not been, historically.

Having dispensed with the Duck ordinance, the Board returned to the Dec. 11 Town Council motion to consider “regulating use of residential properties for rental,” which the OBHBA’s option does.

The Board was able to establish through questions asked of Matt Neal that its use option “came out of the legislative committee of the Outer Banks Home Builders Assn.” and that this committee had legal advice.

Then the lights went out.

(This is the latest version of the OBHBA’s option on the Town website: https://www.southernshores-nc.gov/wp-content/uploads/2018/12/12-17-18-Homebuilders-Large-Home-Suggestions.pdf.)

MY BOTTOM LINE AND SUPPORT OF SEPTIC-USE LIMIT

I was prepared to speak publicly about the “large-house” problem in Southern Shores, which became acute when SAGA Construction and Development secured CAMA permits for its 12-bedroom, 17-parking-space, 24-person-septic-capacity “mini-hotels” at 98 and 134 Ocean Blvd. These commercial properties are a gross aberration in Southern Shores’s low-density residential neighborhood on the oceanfront and elsewhere in town.

The main points I would have made are these:

DON’T REGULATE ANY MORE THAN YOU HAVE TO, in order to restore the status quo that Southern Shores had before the N.C. General Assembly took away in June 2015 the town’s power to limit the number of bedrooms. From October 2001 until June 2015, the Town kept a lid on high-occupancy dwellings by restricting the number of bedrooms in a single-family home to seven and the septic-use capacity to 14. That approach seemed to work.

I frankly don’t see how the Outer Banks Home Builders Assn.’s idea of creating a “use” called a high-occupancy dwelling serves the Town’s goal of limiting occupancy in houses and, thereby, preserving Southern Shores’s unique low-density residential neighborhoods. How do you keep the uncrowded beaches that draw vacationers to Southern Shores uncrowded if you permit high-occupancy houses?

Southern Shores was built gradually—over decades—by people whose vision was to preserve open spaces and minimize congestion caused by too much population. High-occupancy dwellings run counter to that vision and to what a majority of Town property owners seem to want.

At the December 2018 Planning Board meeting, one member of the public suggested that the Planning Board (and the Town) hadn’t identified the purpose of any additional Town regulation: Is it to restrict occupancy? To limit house size? To preserve low-density?

I have no such confusion, nor do I think have Planning Board members. The purpose is to limit occupancy of single-family dwellings, and, as the SAGA houses prove, that cannot be accomplished simply by limiting house size.

I support Mr. Ward’s efforts to limit occupancy in single-family dwellings by limiting septic-use capacity to 14 persons—which is what the Town law was before the N.C. General Assembly acted, and the Town passed the maximum house size ordinance.

Southern Shores can—and should—enact this restriction without reference to the use of the dwelling. It does not matter whether the single-family dwelling is used exclusively by the homeowners or is rented as a vacation rental, as defined by the N.C. Vacation Rental Act. All that matters is that the dwelling is in Southern Shores.

I’ll have more to say about this approach and simple amendments to the Town Code after Monday’s meeting. Please try to attend.