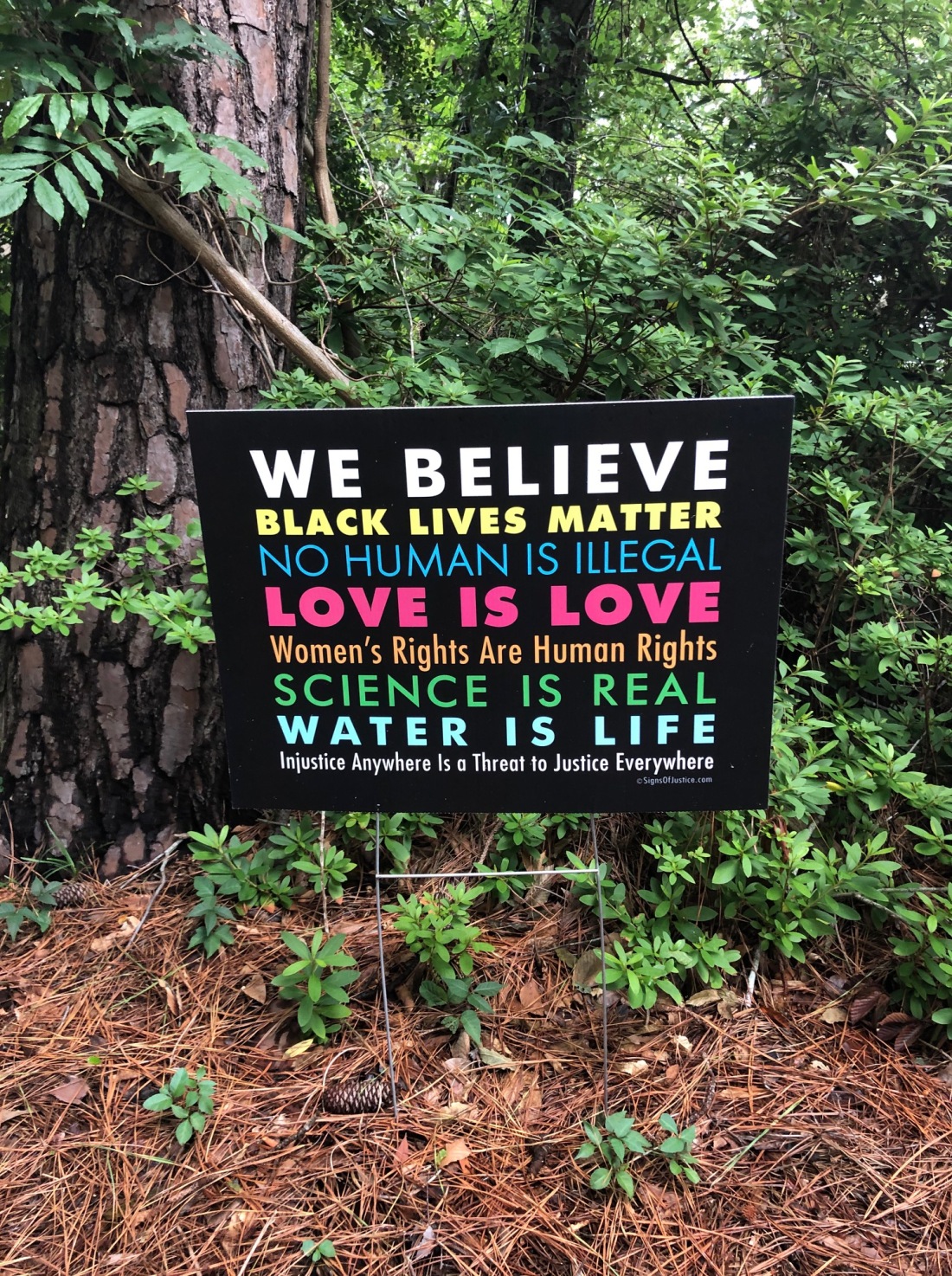 The Beacon is taking a break from the Town of Southern Shores.

We abhor ignorance and incompetency in government and witnessed too much of both in yesterday’s Town Council “discussion” of the Town Code Amendment (TCA) to regulate public assemblies—which, in this Council’s usual display of groupthink passed 5-0, despite obvious problems that Councilman Matt Neal tried to point out before he, unfortunately, surrendered.

Even Councilman Jim Conners said the regulations pertaining to parades in TCA 2020-08-01 gave him “pause,” but he did not pursue his objections after Mayor Tom Bennett pointed out that rarely, if ever, are parades held in Southern Shores. Not only is that not the point of lawmaking, but the Mayor is wrong. He simply does not live on a street where parades—such as those on the Fourth of July—occur.

The Council met yesterday for a workshop session at 9 a.m. in the Pitts Center. No members of the public attended, and Mr. Neal participated remotely from his office.

TCA 2020-08-01 was before our elected officials on first reading. There was no need for them to rush to judgment. Last we looked, there are no protesters poised at the gates of Southern Shores, preparing to wreak havoc on our small seaside town.

We read recently a suggestion by a Southern Shores homeowner on the social-media site, Next Door, that a police-support rally be held in town, but, according to an informed source who knows this homeowner, Mayor Tom Bennett shut down that idea, “censoring” him, as the source said.

All five Council members are lawmakers for this town—not rubberstampers of what Police Chief David Kole says he wants or needs and what Town Attorney Ben Gallop says is legal. They could have done this right, but they did not want to bother to take the time to do so. (For background on TCA 2020-08-01, see The Beacon, 8/15/20 and 8/17/20.)

They would rather enact a flawed piece of legislation and fix it “down the road,” as Mayor Pro Tem Elizabeth Morey said, after thanking the people who created the mess.

The only member who showed an aptitude for independent analysis and a public responsibility to perform that analysis was Mr. Neal, who said the new ordinance sets a “bad tone” by the Town.

But he said this after he curtailed his objections and voted against his reasoned judgment to approve the amendment, saying he did not want to be “the lone speed bump” to its passage.

It looks like the Town is “trying to corral free-speech gatherings,” Councilman Neal stated after the TCA had been passed. It is targeting and burdening political speech.

The next time you run into a Council member, ask him or her to explain First Amendment law on free speech/peaceable assembly to you. If any—except for Mr. Neal—have a clue, we would be shocked. Certainly Mr. Gallop did not inform them.

The Town Attorney said he did a “cut and paste” of Raleigh’s public-assembly ordinance, after receiving Chief Kole’s attempt to cobble together a Town ordinance based on what other Dare County beach towns have done.

Contrary to what Mr. Gallop also said, First Amendment law does not change all of the time. It is well-established. (See The Beacon, 8/15/20) What changes are the factual circumstances to which First Amendment law about permissible time, place, and manner regulations is applied.

Beacon readers, we have hit the wall on our ability to tolerate ignorance and incompetent government groupthink on matters of public consequence and are taking a break of indeterminate length.

We are thinking about organizing an 11-member picket of the new public-assembly ordinance to be held in an orderly single-file fashion on the South Dogwood Trail sidewalk without getting a permit first because the Town cannot constitutionally require us to get one when no “significant governmental interest,” such as public safety, is involved.

We will not block or disrupt pedestrians or impede traffic flow. We may even leaflet passersby so that more than eight people who live in town—the five Council members, Chief Kole, and the two members of the public who remotely attended yesterday’s meeting (including myself)—will know how the Town regards citizens’ First Amendment rights.

Before we start our break from the Town, and particularly, the Town Council, we would like to report to you that Town Manager Cliff Ogburn suggested yesterday:

We have not said much lately about COVID-19, which is having such a devastating effect on how we live, socialize, and do business with each other. Certainly, it has chilled public involvement in Town Council meetings. Here is the latest news:

Dare County continues to report daily about one to four newly diagnosed COVID-19 cases. Yesterday, none was reported.

Since Aug. 1, 55 new cases have been reported on the Dare County Dept. of Health and Human Services’ dashboard, 19 Dare County residents and 36 nonresidents.

Currently, there are 11 active COVID-19 cases among Dare County residents, one of whom is hospitalized outside of the area, while the remaining are in home isolation.

THE RELIABILITY OF THE STATEWIDE DATA provided on the N.C. Dept. of Health and Human Services’ dashboard came into question last week with an acknowledgment by the department that it had unknowingly reported inflated numbers of completed COVID-19 tests. The total number of administered tests was corrected with a reduction of 194,215, so that, as of yesterday, the dashboard showed that 1,951,120 tests have been performed.

Other problems that originated with reporting laboratories and necessitated corrections in the data have occurred previously. This error, however, has convinced us that we cannot calculate an estimated positivity rate. Henceforth, we will only report on what the NCDHHS says are the total number of COVID-19 cases in the state, the current number of COVID-19-related hospitalizations, and the number of people who have died as a result of the disease.